For those of you who have seen the Red Thread Stamford, Connecticut Showroom, located at 700 Canal Street, it is generally agreed that it’s a gorgeous space. With soaring ceilings, exposed brick walls and warm wood textures — it’s evocative of an artist’s SoHo loft. Having large windows that stream in the sunlight and provide lovely vistas of downtown Stamford and the Canal area, it is a truly unique office. But what is even more impressive, is the history of the building itself. Once the factory of refined and exclusive wall furnishings for the Victorian era, it is now the gorgeous re-purposed office we know today.

Stamford’s History
By the late 1800’s, Stamford, Connecticut itself became an active hub of industry and manufacturing. Perfectly situated between New York City and New Haven, CT, it attracted many businesses and a large influx of new immigrants at the turn of the 20th century. According to The Great American Stations Project: “In the late 19th century, Stamford, like many other Connecticut towns, grew as an industrial center in part due to its impressive transportation links and its ability to attract immigrants. Thousands of foreigners bound for New York City instead gave Stamford a try, swelling its workforce and making it one of the fastest growing cities in the state.” One of the most notable businesses at the time was the Lincrusta-Walton Manufacturing Company. 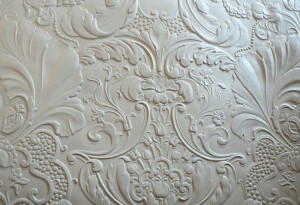 According to Wikipedia, “the Lincrusta-Walton company was the brainchild of inventor Frederick Walton who earlier (1860) patented linoleum floor covering. Lincrusta was launched in 1877 and was used in a host of applications from royal homes to railway carriages. The first production of Lincrusta in the United States was in 1883 in Stamford, Connecticut” in a factory where the current Red Thread office is now located. Lincrusta wallpaper was used in many notable designs of the time — including the White House and even in six state-rooms on the doomed RMS Titanic. According to lincrusta.com, “Originally launched as ‘Linoleum Muralis’, it was subsequently re-named ‘Lincrusta-Walton’ – Lin for Linum (flax, from which linseed oil is made) and Crusta (Relief), with the inventor’s name being added to prevent other firms from using the same title”. 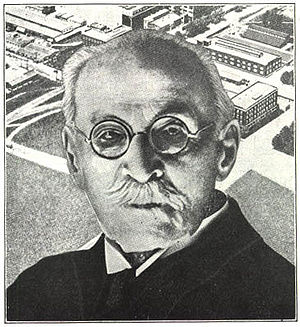 By the 1950’s like many American cities, Stamford began to see the decline of their robust industrial and manufacturing companies as they left for areas that were cheaper, regulations less stringent and unions less powerful. Parts of the Lincrusta-Walton company were sold off around this time as well and eventually production in the U.S ceased (it is still made in England currently). The economic declines of Stamford slowly lead to city erosion and urban blight until Stamford’s renaissance in the late 1980’s and early 1990’s. “Stamford was down but not out. It forged a new economic identity as home to the headquarters to dozens of global corporations.” (Mocain 2009)

FMS Chairman Nicholas Mercede and his father, spent the next six years rehabilitating six structures at Canal Street in accordance with the Stamford Historical Society’s guidelines including the 97-year-old Lincrusta Walton wall coverings factory after their purchase of the property in 1980. The old site of Lincrusta-Walton is now home to the 700 Canal Street building — the chic and refurbished home of Red Thread’s Stamford office today. A memorial chimney stack (part of the original factory) with a plaque now stands next to the front door in tribute to the Lincrusta Company and the fame it brought to the city. The revitalization of the Harbor Point area still honors the past, while designing the future. 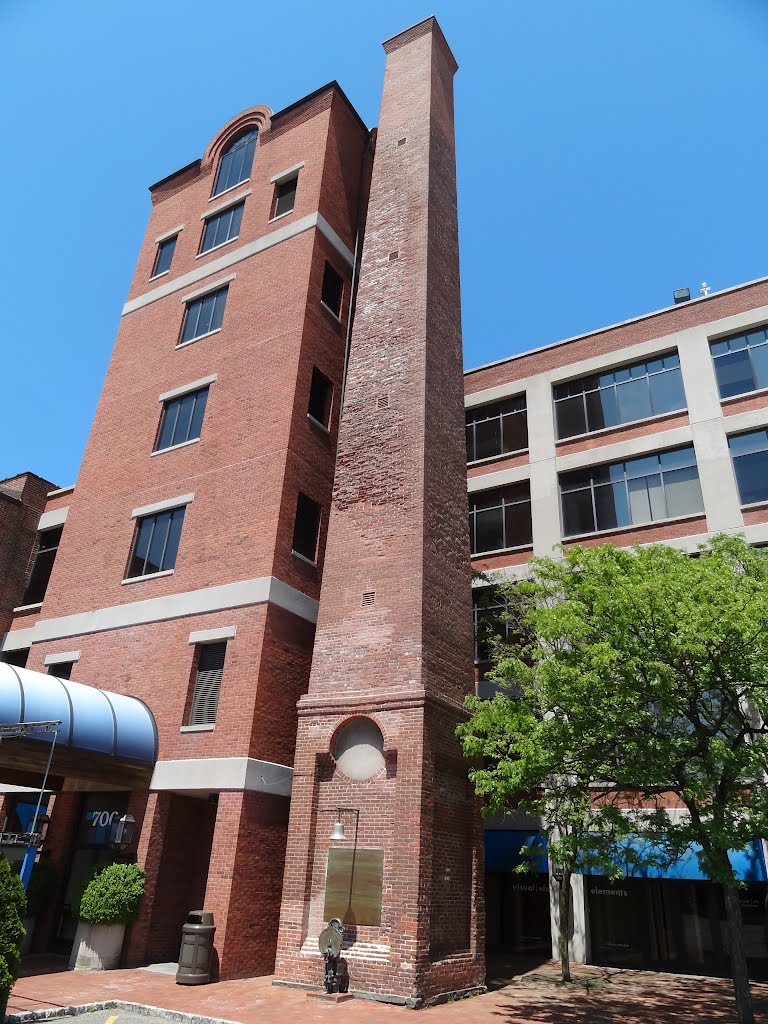 The memorial plaque reads, “In 1883, on this site and beside this canal, stood the Lincrusta-Walton Manufacturing Company, a factory that produced the finest wall coverings in America. The factory, the canal, and this very chimney came to symbolize the Industrial revolution.”

So, if you’re in the area we’d love to give you a tour of this fantastic and historical space and share how we’re envisioning workplaces of the future!