Want to test your limits as an integrated team? Then definitely sign up for a Ragnar Relay! For the second year in a row 12 Red Thread runners have fielded a team to compete in the 2-day, 200ish mile relay race from Hull to Provincetown, MA. Yes, you read that right – the team runs day and night relay-style. With only one runner hitting the road at a time, each participant runs three times with each leg ranging between 3-8 miles and varying in difficulty.

While one person was running, the rest of the team was on support duty in one of 2 Red Thread “shark” vans, cheering their runner on and meeting them at the exchange point to pick them up and drop off the next runner. And when all 6 runners in one van completed their runs….they took a break and tried to catch some sleep before they were at it again – 2 more times! The team had a great time together and it was a fun way to share a team experience and support Hole in the Wall Gang Camp!

See you next year! 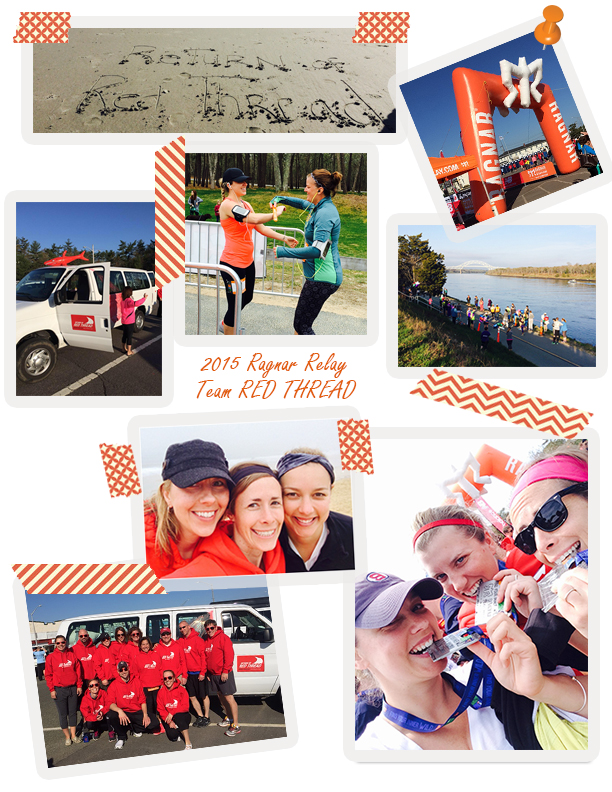